Monitoring and tackling poverty during Covid-19 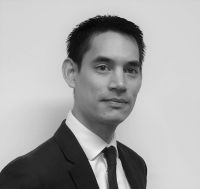 The coronavirus storm and its economic slipstream has caused unprecedented damage at lightning speed to people’s livelihoods, pulling many families under. The social security system has a vital role as an anchor in stormy times and the Government swiftly strengthened it with a £20 per week uplift to Universal Credit’s standard allowance.

But poverty was already too high going into the pandemic and child poverty on the rise. Despite record employment, more working families were experiencing poverty, in large part due to weakened social security support. Even with the emergency uplifts, families with children unable to find work during the crisis will receive £2,900 less on average in benefits than they would have done in 2011.

Early indications are that people are struggling to stay afloat in this crisis. But the size, speed and unusual nature of the current upheaval makes it challenging to monitor how the situation has changed and whether social security lifelines are working.

Analysts at the Joseph Rowntree Foundation (JRF) usually draw heavily on annual largescale surveys, such as the Family Resources Survey (FRS). However, the latest FRS data only takes us to March 2019. These core data sources have quickly lost relevance.

Being able to robustly monitor poverty and the lives of those affected by it is critical to JRF’s mission of inspiring change to bring about a prosperous UK without poverty. So how do we pursue that mission and what is our role during the pandemic?

The role of JRF and those experiencing poverty

Firstly, people in poverty must not be forgotten at a time when people and politicians face a clamour of different priorities. We want to amplify the voices of those experiencing poverty during the pandemic, and ensure their expertise on how to improve things is acted on by the people making decisions. That then supports our second role, which is to help Government and others with practical solutions to tackle poverty.

Thirdly, we have to hold those in power to account for how they respond. Again, our ability to monitor things is essential. And again, working directly with people on low incomes is a crucial way of doing this. But it’s also right that people with direct experience of poverty should be at the heart of what we do at all times.

Despite the challenges, a picture is emerging from new data during the pandemic. Families with children already in poverty are around 50% more likely to experience job loss as a result of the crisis than those not in poverty. Families with children also appear particularly likely to be in serious financial difficulty and experiencing food insecurity, reflected in a 107% rise in food bank parcels to children during April 2020 compared to April 2019.

JRF’s recent polling of 3,000 families with children on low incomes during the pandemic demonstrates the financial challenges they’re facing, especially as the flat rate increase to Universal Credit has to stretch much further for a family with children than for a single adult.

As one parent told us: “Financially it’s just a nightmare. After the bills are paid and you’ve got the food in, there’s just no money left.”

While 75% of families said the £20 uplift had helped ease the financial pressure, this was outweighed by the greater drop in income or rising costs for 70% of families. The pandemic had caused 70% of families to cut back on essentials like food or electricity and 60% to borrow money.

So things look very challenging indeed. But we need to know much more about how families with children on a low income are coping, how well social security lifelines are working and what further action is needed.

That’s why this project is so important, rooted in the experiences of families directly affected and prioritising policymaker engagement. JRF really welcomes the opportunity to be part of the project’s advisory group and support this exciting work.