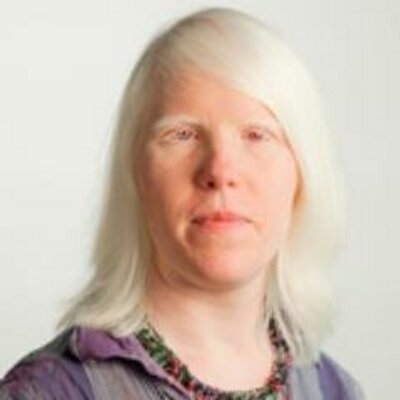 There has been little consideration of the impact of the Covid-19 Crisis on single parents specifically. Last week, Gingerbread and the Institute for Employment Studies have published a report seeking to fill this gap. The report is primarily based on the interviews we undertook with 40 single parents in July and August, to explore their experiences of working and caring during the early stages of the Crisis and their hopes and fears for the future. We focused on those single parents who were in work but were not defined as “critical workers” by the government, as we anticipated this group would face the most challenges fulfilling their working and caring roles.

Inevitably, the single parents we spoke to had experienced a diverse range of journeys through the Crisis so far, mediated by a number of factors including the number and ages of their children, their work situations and the availability of support with caring. Nevertheless, three over-riding themes emerged which characterized the single parents’ experiences of the first Lockdown – all of which remain highly relevant as we progress through Lockdown 2.0.

Not given sufficient status and consideration

There was a pervasive view among the single parents we spoke to that the unique circumstances facing them, having to work and care for their children with no or much reduced support, were not adequately reflected in policy and guidelines developed in response to the Crisis. This view was encapsulated by Alison, who told us that:

“I think there has to be some sort of allowance made for lone parents because if you have to go to work to secure your job or if you are in one of those type of industries or roles like I was where I kind of had a choice but I didn't have a choice because I was concerned about my job… you can't just say it's all key workers. So if you work for the NHS you've got carte blanche to… your children could go to school, you've got free coffees in Costa. But it isn't just the NHS, you have to consider lone parents, lone working parents and I think that whilst, don't get me wrong, the NHS had it really tough, I consider that I had it pretty tough as well.”

Single parents felt that the necessity for them to work and home-school or care for their children in unison had not been thought through, with some feeling they should have been awarded ‘critical worker’ status, allowing them access to education and childcare. Similarly, single parents told us the necessity for them to go shopping with their children had not been reflected in the development of guidelines, or businesses’ implementation of it. As Katie told us,“I was having to take the children out with me. We had a few issues at some shops where I was told to leave the children outside because it was only one person to go in and I was like… you know, there was a few emotional moments where I was, “I'm not going to leave my 5 and 6-year-old outside a shop”.

A lack of consistency from employers and schools

The second theme running through single parents’ lived experiences of Lockdown was a lack of consistency from other organisations, which impacted upon their working and caring. This was evident in a wide range of areas. In terms of work, there was a clear lack of consistency in the circumstances in which single parents were offered furlough due to childcare. We spoke to a number of single parents with pre-school children and no additional support; while some had been furloughed, others have not, with a minority not even being aware this was a possibility. Describing the process in her workplace, Bethan, who has a pre-school aged child, told us that, “basically they asked for people who wanted to be furloughed, and there were a lot of us that went in for it for childcare etc. And I don't know how they made the decision, which actually got quite a lot of people's backs up because it turned out the people who did get furloughed were people without children”.

Similarly, the level of flexibility offered by employers to enable single parents to work at different times of the day, to facilitate their caring and home-schooling responsibilities, varied substantially.

This was also the case in relation to the support single parents received from schools with home-schooling.  Tracy was positive about her experience, recalling that, “It was a case of the school where they both go, one for actual school, one for sixth form, they were really good. They kept in touch… “Have you done this?” “Have you done that?” sending emails to the children but then sending them to me and then at the end of the week it was a case of they would get some recognition for doing it”. However, Susan described a very different experience, reporting that, “I've had an email every week just saying “Just touching in to see if you're okay,” and that's been it. And then this week was the last one, just to say “This is the last email.” He's done no work since March, when the school shut, at all.”.

Uncertainty about the future

The final theme permeating through single parents’ stories was a lack of certainty about the future, in terms of what was required from them in terms of their work (location and hours) and what was available in terms of support with caring, particularly in the form of wraparound care. As Sandra emphasized_, “Everything is just a little bit uncertain at the moment. You can't but help think well, what if they don't do the wraparound care? What if work won't let me then cut my hours? What if they're funny with me? There's a lot of `What if…?' If I had answers I'd feel like I was more settled.”. Indeed, when talking to us over the summer, many single parents expressed concerns about the potential for further school closures and a second Lockdown, the second of which has now been realized._

Lockdown 2.0: the rules have changed but the challenges remain

We hope that the three common threads running through single parents stories will be reduced to some extent in the second Lockdown as a result of, for example the introduction of support and childcare bubbles.  However we remain concerned that despite the reopening of schools there is a lack of wraparound care and a gap in support for single parents where their children are sent home from school or a childcare setting to self-isolate. A number of single parents that we interviewed were worried about whether their job would survive the Crisis. Single parents are also much more likely to have been furloughed than coupled parents and so the longer viability of their jobs may be under threat. It remains imperative that single parents are considered by policy-makers when developing future policies and support – and our report makes a number of recommendations in this regard in relation to support for single parents with sustaining and finding new work and having opportunities to retrain.

We are planning to re-interview all of the single parents in January 2021, to follow the next stages of their journeys through the Covid-19 Crisis and to continue to use their experiences to encourage government and others to better address the difficulties facing them.

Please contact Laura Dewar at Gingerbread if you would like to find out more about this research ([email protected]).

Elizabeth Clery (@liz_clery) is a freelance Social Researcher, with particular interests in poverty, welfare and inequality. She is currently working with Gingerbread on a project funded by Standard Life Foundation to follow single parents’ journeys through the Covid-19 Crisis.

Laura Dewar  (@lausdee) leads Gingerbread’s policy, parliamentary and research work on welfare reform including Universal Credit, employment and in-work progression, skills and training.  She is directing two major research projects on the impact of the COVID-19 Crisis on single parents and employment.